If the Super Bowl is not your thing, tune into the Puppy Bowl, a recreation of football played by puppies.   On Super Bowl Sunday, you can tune into Animal Planet and watch canine football in in miniature version of the super bowl  stadium. I must add that the halftime show is performed by kittens.

All the dogs and cats come from shelters and are under the strict supervision of veterinarians.   They play under very strict rules that ensure their safety, such as mandated breaks every thirty minutes.  Animal Planet sponsors whole event with the aim of promoting animal adoption instead breeders.  And do you know what? It works.  Shelter dogs are the new status breed in the United States and have just been admitted as a breed at the Westminster Dog Show.

This year the mini- stadium was built at the Discovery Times Square building in Times Square. There are two floors dedicated to Puppy Bowl, an exhibit of huge photos of the players, an exhibit of their favorite toys, dog football history and information on adoption procedures. There is even a kissing booth with dogs.

There are 60 young players and I found out that all the athletes have already found new homes! During Sunday’s Super Bowl, the most watched event in the American television, the adoption journey of one of the dogs – Rosie, a three month old terrier – will be followed from her arrival at the shelter to her life with her new family.

Be sure to see Puppy Bowl at the Discovery Times Square, or you can watch until Sunday.  Click for more information here . 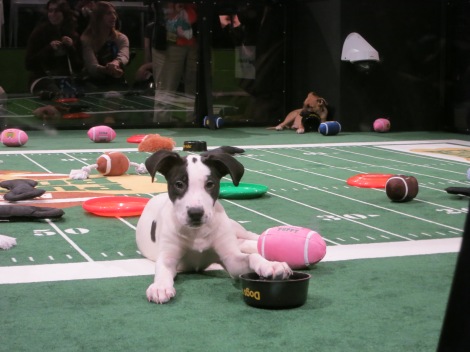 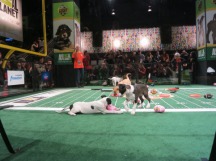 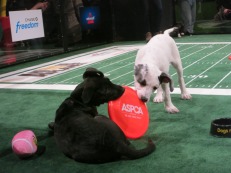 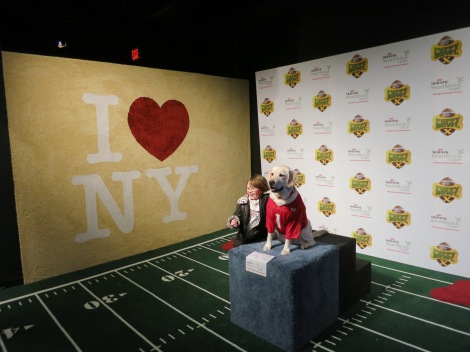 One response to “Cutest Players of Super Bowl 2014” 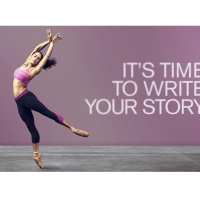 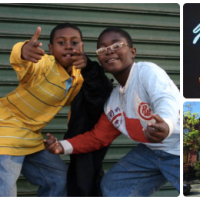 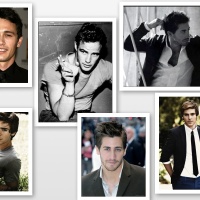 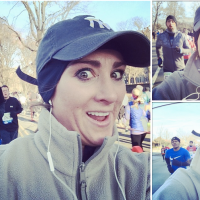 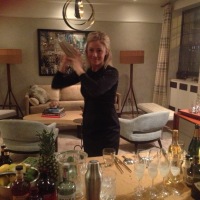